Best Coast have shared a new song, “Everything Has Changed,” and an accompanying video starring Vanderpump Rules cast members. Watch the Ryan Baxley-directed video, which stars Beth Cosentino as a grouchy gameshow host, below.

In a press release, Cosentino describes the origins of “Everything Has Changed” and new album Always Tomorrow: “After we finished the album cycle for California Nights, something terrifying happened to me. I felt creatively paralyzed. I couldn’t write music. There was so much bubbling inside of me, so many things happening, so much to process, but I couldn’t get any of it out. I was miserable and felt like nothing was ever going to change. One day, I locked myself in my closet and I forced myself to write, and out came “Everything Has Changed.” The song was like a vision of life I wished I was living; ultimately, that song was prophetic—describing the life I would soon be living.

Out February 21, Always Tomorrow also features the previously released “For the First Time.” 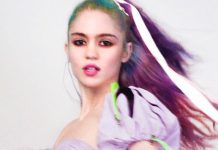 6 New Albums You Should Listen to Now: Grimes, King Krule, Kamaiyah, and More 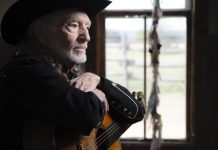 6 New Albums You Should Listen to Now: Grimes, King Krule,...