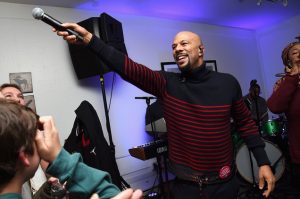 Chicago-raised hip-hop star and social activist Common will perform a free concert in Brooklyn’s Prospect Park on June 5, to open the 40th anniversary season of the BRIC Celebrate Brooklyn! Festival, one of the nation’s longest-running free summer festivals.