Archy Marshall has announced his third King Krule album: Man Alive! is out February 21 via True Panther/Matador. The record includes songs that were featured in Marshall’s Hey World! short film, including “(Don’t Let the Dragon) Draag On” and “Alone Omen 3.” Below, watch Marshall’s self-directed visual for the former.

Man Alive! follows 2017’s The OOZ. One month after the album arrives, King Krule heads out on tour. Get tickets here. (Pitchfork may earn a commission from purchases made through affiliate links on our site.) 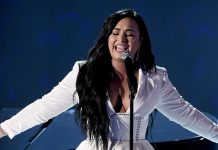